There's Something I haven't Told You. 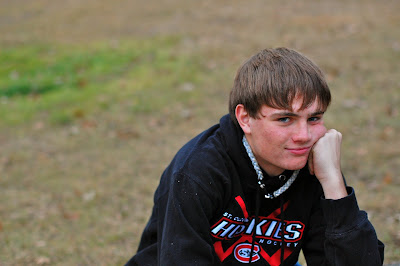 That handsome lad, shot himself a deer! Last year, he took two deer within minutes of each other (and I inadvertantly made it sound like he took two deer with one shot...I meant, it just took one shot apiece, as opposed to the, ahem, more than two that it takes the Mr.) ;), after only being in the stand for about 20 minutes each time.
This year, it was just a little guy. I'd show you pictures, but they're...well...they're nasty and bloody and gory and the kind of thing that makes small children weep.
Look, see? 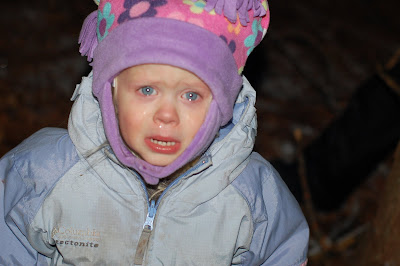 I told ya...so, I'll spare you the images.
And now, we're in the same boat as last year. Deer meat.
In our freezer.
And, I can't do it...I just can't! I've tried eating venison...and, honestly, it doesn't taste too bad, but then I get this image in my head: 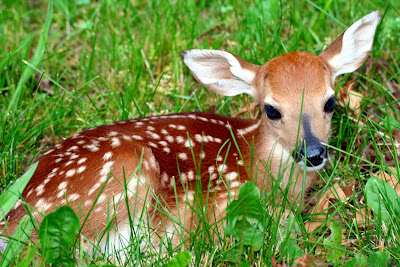 (Courtesy Google Images)
And I'm done for. I can feel that meat try to climb up out of my tummy...as if it wasn't hard enough getting it to go down the first time! Which means, according to my BIL, that I'm too well fed (Hey...wait a second!! Did he see my saddle bags????). That if I weren't so well fed...this mind game that Bambi plays with me would be a non issue.
Well...until the next famine comes around...I'll stick to cows. Pigs. Chickens. Or, heavily processed Bambi with the correct ratio of pork to deer. Like 90/10.
That I can handle. Because, in my mind, watered down Bambi is okay.