The Day I Schmoozed Nintendo...

November 24, 2010
I'm not a schmoozer. I can't talk someone down on price to save my soul. I end up feeling bad for them, 'cuz, you know, they're working so hard to rob me of my money, that it makes me feel rotten.
Here is a typical wheel and deal Mama style:
Car dealer: "Well, ma'am (gosh, how I wanted to type "miss" there...but it seems those days are over for me...sigh, this getting old thing sucks...), have I gotta deal for you! I'll sell you this here, three wheeled, rusted out, broken heatered VEE-hicle for $13,000!!" 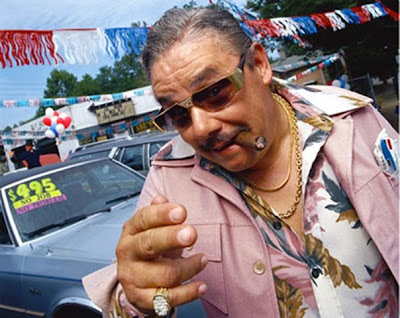 (Courtesy Google Image)
Me: *clears throat* "Do you think you'd take...*shuffles feet*...well, um...I wonder if you'd consider accepting...*averts eyes, wipes sweaty palms on pants*...gosh, sir...I just *heart racing, nervously*...well I...BAH!! CAN I GIVE YOU MY LIFE SAVINGS FOR IT???!!!!" *begins crying, feeling guilty about the money I just tried to take away from this poor man's family!*
Yeah...that's about how it goes. I just can't find it in myself to negotiate. I've tried to send the Mr. in to do my dirty work...but he's not much better...
Furniture Salesman: "This table is $75."
Mr.: "I'll give you $74.99."
See? We suck at this stuff...which is why, when I talked Nintendo down in repair price, I was shocked at my boldness. My sheer ability to wow a mega company with my wits and sweet negotiating skills.
With a little Twitter temptation thrown in.
Oh, yes. You read that right.
My son's Wii had not been working for months so we finally decided to take action. I called Nintendo, and got the most wonderful customer service rep known to mankind: Pablo. 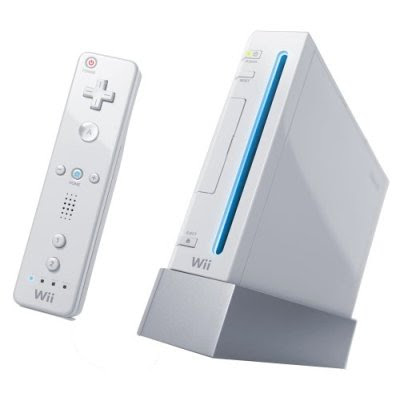 (Courtesy Google Image)
Pablo is my new best friend. He talked me through a couple of troubleshooting things, then decided that, indeed, the console needed to be repaired.
For 90 something odd bucks.
Er...um...that's like 1/2 of what we paid for it.
So, I hesitated...said I wanted to talk it over with the Pal and my husband and he immediately offered to lower the price to 80 and waive the shipping fee.
"Negotiate? A repair deal?", thought I.
Back to the Pal...who was unsure if he even wanted to get it fixed. So, I casually mentioned to sweet Pablo that the "Xbox" was calling my son's name, and we weren't sure we wanted to plug more money into his Wii.
So, Pablo says, "What if I bring it down to 75?"
Then...the beast was released within me. It was like he set off a spark (plus, he was so dang nice, I wasn't afraid of him). I said, "For 50 bucks flat it's a done deal."
The Pal: *laughing, shaking head* (embarrassment? pride? I dunno.)
Pablo: *chuckles* "Well, how about this: I'll take 25 bucks off and that can bring it down to 65."
Moi: *growing bolder by the second* "Well, how 'bout this...50 bucks, and I'll let the world know via Twitter about the wonderful customer service I got from Nintendo!"
The Pal: "If you talk Nintendo down half price...*shakes head*...man, I can't wait to tell my friends!"
Pablo: *chuckles again* "Hmmmm...my supervisor might just like that, will you hold please?"
Little ol' me: "Of course!" *holding*
Pablo: "Well, my supervisor likes that idea, so yup! 50 bucks, plus tax, done deal."
Me: *high fiving myself* (which looks really goofy)
The Pal: *mouth agape* 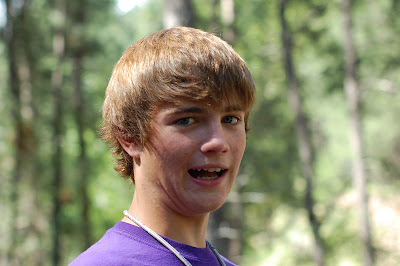 I am now the coolest mom in the world.
I schmoozed Nintendo. (And, I wasn't lying...the customer service really was awesome! Pablo deserves a promotion. He even thanked me for being "such a nice customer"!)
I will now, and forever be, a Nintendo fan.
Take that Xbox.
(PS...this post was NOT a part of that negotiation...I'm just proud of myself and pleased to have gotten some great customer service. Word of mouth, baby!)