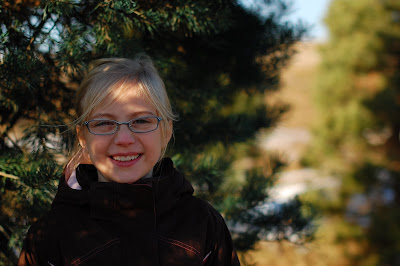 My beautiful, sweet, amazing daughter has been repeating something a lot, lately...
"I wish I never got this plantar's wart."
Yes, the poor thing has been battling a plantar's wart (and me) since this summer. Now, I've always been under the impression that you should pick warts...they're like onions, and have layers (sorry, had to throw in the Shrek reference) that need to be picked.
So, we started our war by applying Compound W...and picking the dead stuff off...then one night, I pulled too much and a river of blood poured from her foot.
If there's anything I've never told you about my Belle, it's that she's a medical freakazoid. She FREAKS at the thought of anything that maybe, possibly, could potentially hurt a little, teeny, tiny, eensy weensy bit.
You can imagine, with the hunk I pulled off that caused that river of blood, there was a bit of pain. And tears. And sobs. And guilt. That was the end of that.
Then we started using Dr. Scholl's Plantar Wart Pads (not sure if it's their official name) and she wouldn't let me near it. Finally, one day I decided I needed to look...basically, she had a bunch of dead skin that was raised up and my guess is the little medicated pad dooly bopper thing wasn't even touching the wart.
So, I coerced her into letting me pick some more. Cue blood, tears, sweat and dirt. Minus the sweat and dirt.
Back to the pads...fast forward several months (yes, I said "months") in which she told me she had picked here and there (in which I had picked and opened up that skin several times) and I have one of my best friends over, who happens to be a Dr. She told us to forget the pads...go back to the stuff you paint on and do it, "EVERY NIGHT"!!
Well, two nights into it, Belle is saying her wart hurts more...and her foot itches. I pay it no attention, really, until I see the bright red patch of skin on the bottom of her foot, which screams "INFECTION!!!" to the nurse in me.
I calmly tell Belle that I need to pick off the dry, dead skin (even tho Dr. J said we didn't have to) and, as soon as I open it up (***GROSS WARNING HERE***) it oozes. Just a clear ooze, but ooze nonetheless.
My Belle is beginning to panic...I may, or may not have mentioned her needing some Xanax (to which my husband laughed and she looked at me like "huh?"), and I tell her that I HAVE to look at this better.
Well, I removed a sizeable portion of...stuff...and well, (***BIGGER GROSS WARNING HERE***) a glob of pus oozes out. *Gulp* (PS...it was sorta like the video I'm about to link, but on a much smaller scale. Do NOT look at this video if you have a weak stomach. I do NOT have a weak stomach, and this made me just a tad queasy. Video...)
Oh, and you can thank me now for not showing you photos of it the infected wart (ugh. Just typing that "infected wart" makes my stomach turn!), like a good blogger would. *snort*
Anyway...so, I force her to let me really investigate now (and by "investigate" I mean, get that yuck outta there!!)...I outline the red area (that's the nurse in me) and am able to remove almost all of the wart and a bunch more puss, all the while she's asking me if she can see it and I'm thinking, "How will she react to seeing a giant crater on the bottom of her foot?!"
I nonchalantly glop on some prescription antibiotic ointment that we had lying around and bandage her up before she can see it...and naively think we can start retreating the wart the next day.
Yeah, not so much. The infection appears to be clearing, but the raw, open skin that is there? Just thinking about applying some Compound W to that makes ME need a little Xanax!
So for now, we wait...until we can go back to the trenches and finish this wart off once and for all!!
Wish me luck. And toss your suggestions out. Pretty please. ("De physical appearance of de please makes no difference." Name that movie...)