January 13, 2011
There are just somethings I don't understand in life.
Mathematical equations and chemical make-ups are just some of those things.
But...the one thing that really gets me is...kids and doctors.
How is it...why is it, that you can have a sick kiddo, down and out, fever, sore throat, cough, headache...feeling really crummy, but the moment your vehicle turns that last corner into the doctor's office parking lot, they're cured.
Magical.
Miraculous.
Cured.
No fever, no cough, asking for Chicken McNuggets when three minutes ago they were barfing their brains out.
I don't understand.
A couple of weeks ago, the Pal and Baby Girl were playing. She tried to run away from him while he was holding her hand, and the next thing we knew? 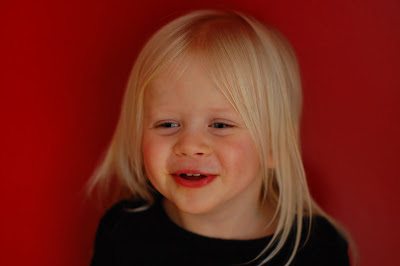 Tears. Not playing. Favoring that arm, crying if we so much as looked at it, wincing in pain when the blanket under her arm was moved.
After calling for the Mr. to come evaluate also, we made the decision to head into the ER...in a blizzard. (The nurse in me insisting to go to the bigger hospital 45 minutes away. In case she needed surgery [dramatic much?], I didn't want to go to our small town, local hospital.)
Gave her a dose of ibuprofen, warmed the truck, gently put her in her car seat and off we went.
She fell asleep about half way there, and woke when we were getting her out of her car seat to go into the ER.
The first thing she did? Stretch...with both arms. "Well, gosh..." I thought to myself, "she wasn't doing that at home!"
So, we check in, tell them her ailment, sit in the lobby and she is jumping around, happy and laughing and playful.
*scratches head* *looks quizzically at Baby Girl* *scratches head again*
What the?
I hand her my phone, to see if she'll use both hands to play. Sho' nuff, she does...so, I take it a step farther,
"Hey, Baby Girl, gimme five...with the arm that had the owie!"
SMACK!! Giggles ensue.
Er...um...ahem.
"Nurse? Yeah, we're going home."
See what I mean? I would've sworn that the girl broke her arm...then we pull into the ER and voilà!!
All better.
*scratches head, still*