In the Kitchen with Gram...Mashed Potatoes and Gravy!!

June 20, 2012
I'm a horrible blogger...I promised this to you last week and now here it is, this week and I'm just getting to it! Turned out to be a good thing, actually, as Gram and I were unable to make our schedules meld and had to forgo cooking together this week. :(


Next week though? We're back in the saddle with...Gram's AMAZING Egg Rolls!! Seriously, the BEST Egg Rolls ever...we've "MidWesternized" them a bit (no, no...it's not a "meat and potatoes" egg roll). So, stay tuned!


Okay, so I promised you the Mashed Potatoes and Gravy to go along with Gram's Pork Roast...and here it is!


So, remember those drippings we saved from cooking the pork roast? This is where they'll become one with your soul when you turn them into a delicious gravy to top your mashed potatoes with.


First up, The Gravy...then we'll do the taters, okay? 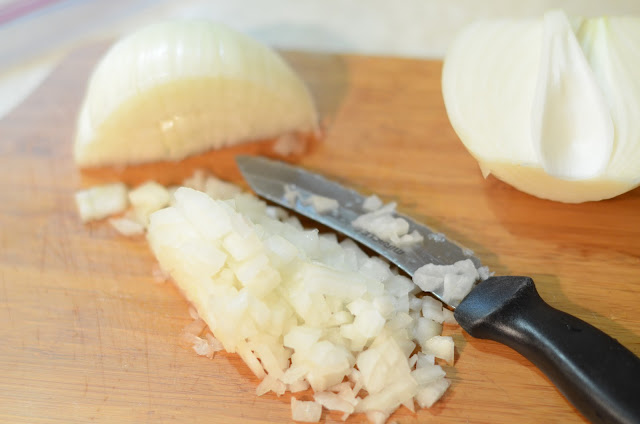 And toss it into your pan of drippings: 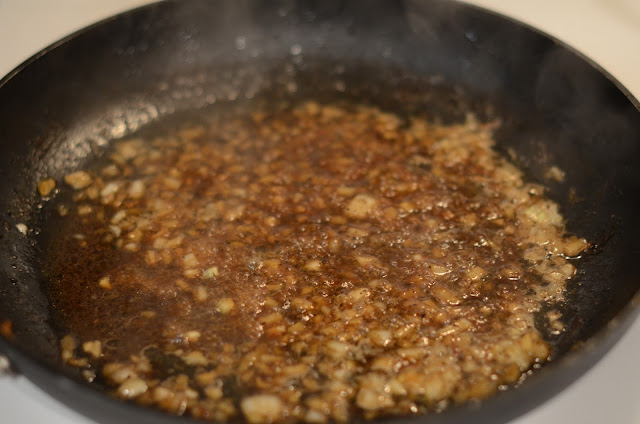 Next up? Make a (say this with your best French accent) roux... 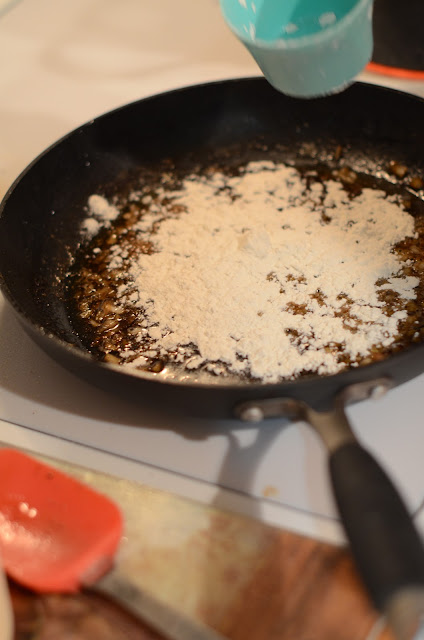 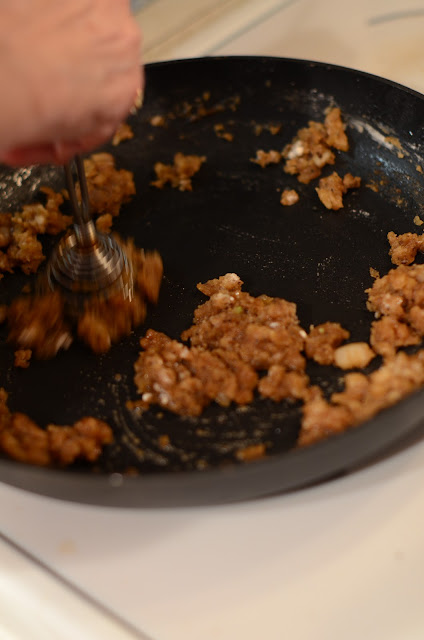 Once your drippings and flour are all "roux-ified", grab yourself some water...start by pouring a cup or so at a time... 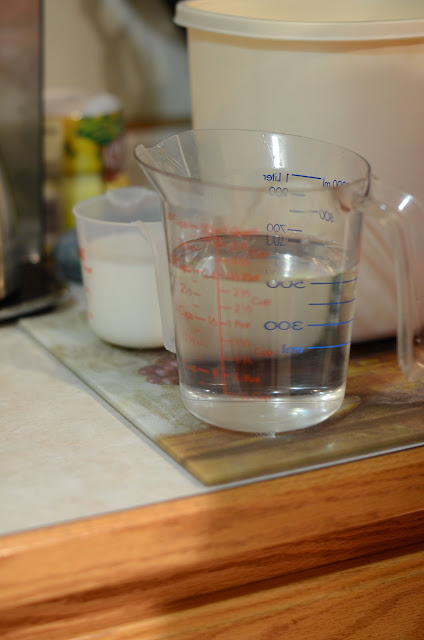 Until you get a nice, thick gravy. 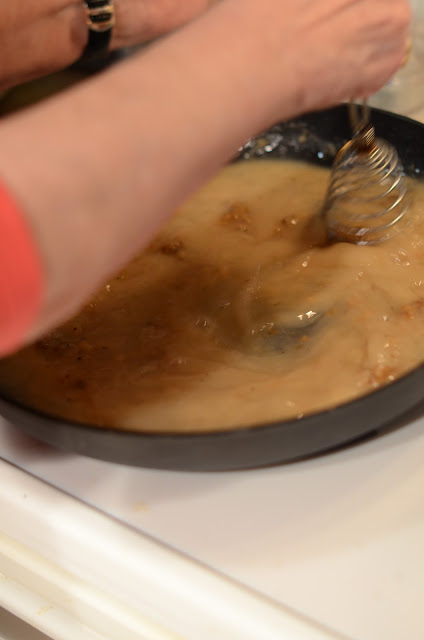 Now, you've gotta give your gravy a taste...does it taste "meaty" enough? If not, grab some boullion granules and toss them in. I've noticed with Gram's "measuring", that she uses her palm all the time to measure, so pour some granules in your palm until there is a nice little mound...I'll show you in a sec with the salt for the potatoes. 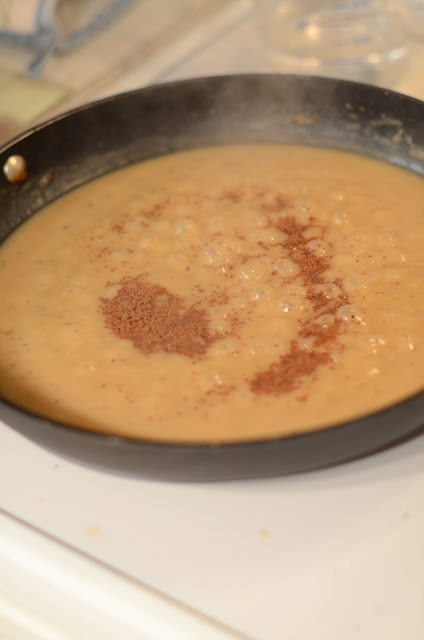 This next step is entirely optional...I just prefer a darker gravy, so we added just a touch of Kitchen Bouquet. Not a lot at all, and it completely transformed our gravy from "blah"... 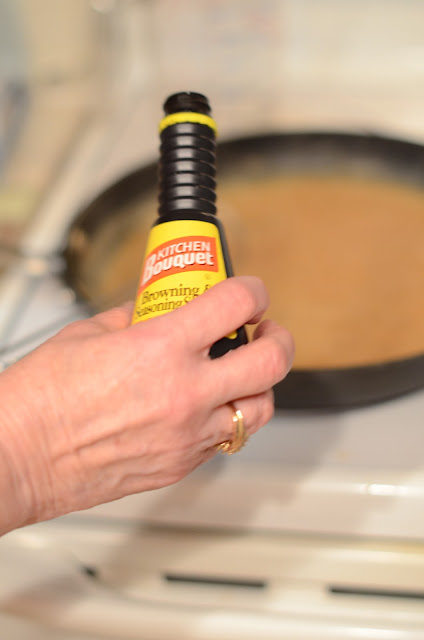 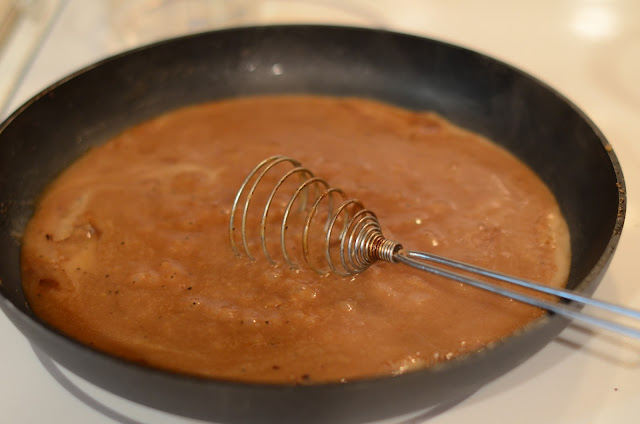 And that, my friends, is your gravy!!


Now, onto the "best mashed potatoes a girl (or guy) will ever eat"...


First up, and this is very important, make sure you have really horrible lighting. ;)


Okay, I'm kidding...peel and boil yourself about 1-1 1/2 medium red potatoes (and don't forget to heavily salt the water before boiling your potatoes!! Then you'll cook in all that flavor from the salt!). I lean more toward 1 1/2-2 because my peeps are potato crazy. They'll eat me out of house and home potato before you could shake a stick at 'em!


Boil them until you can just stick a fork in them...hey! That's where that saying comes from! Then drain them and get ready to turn them into a miraculous bowl of fluffy deliciousness. 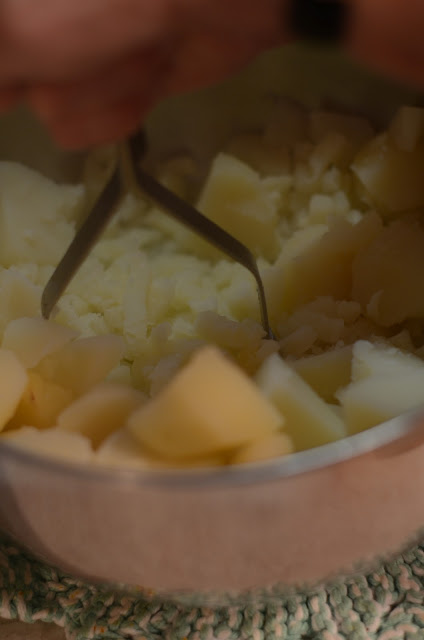 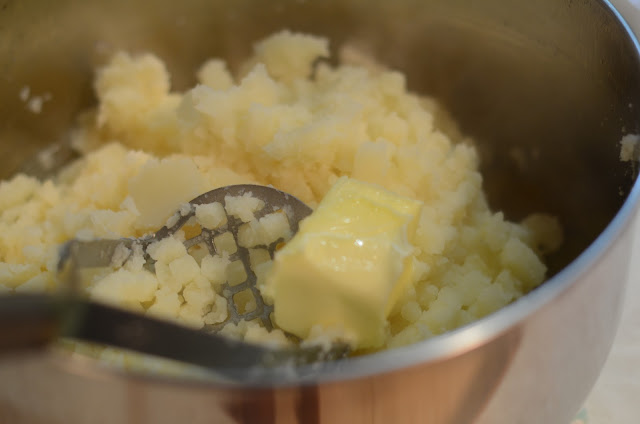 Here is the "palm measuring trick"...and another "Gram trick"...sugar. My Gram puts a bit of sugar in most things and man alive, I swear it makes such a difference! Doesn't make it sweet at all, just gives it a "POOF" of flavor! 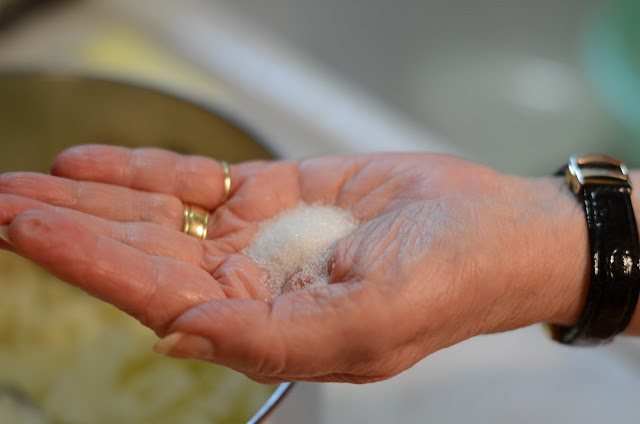 What follows is what I am "convinced" makes her potatoes the world's best...WARM MILK. Put a cup or so of milk into a microwave safe container and mic it until it is warm...then, pour a bit at a time (start with a 1/2 cup or so...I usually find I almost always use at least 1 cup, sometimes more, of the milk) and mash, until your potatoes become soft and fluffy. 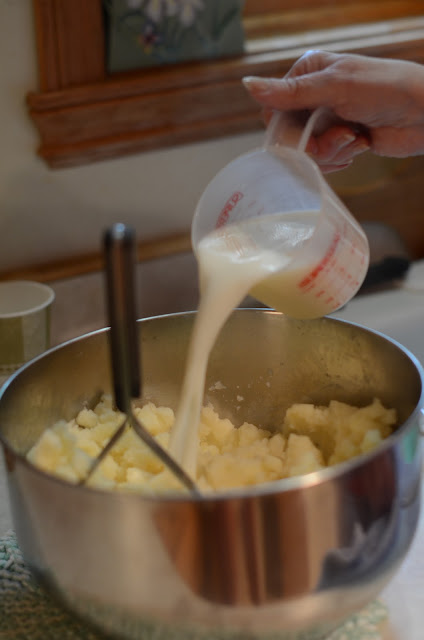 One last, final trick...when your potatoes are mashed and smooth, grab yourself a wooden spoon and whip the heck out of them a bit, this'll make them extra fluffy! 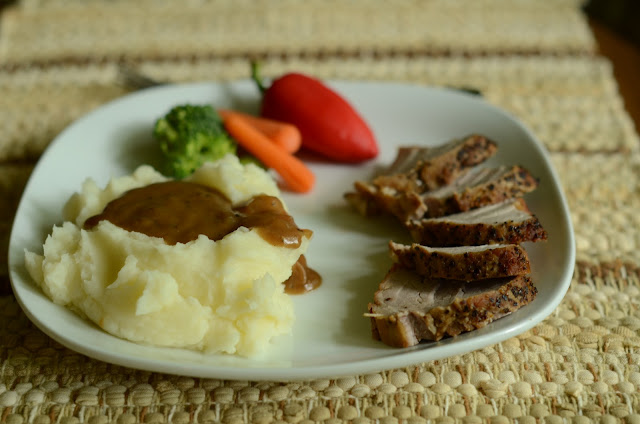 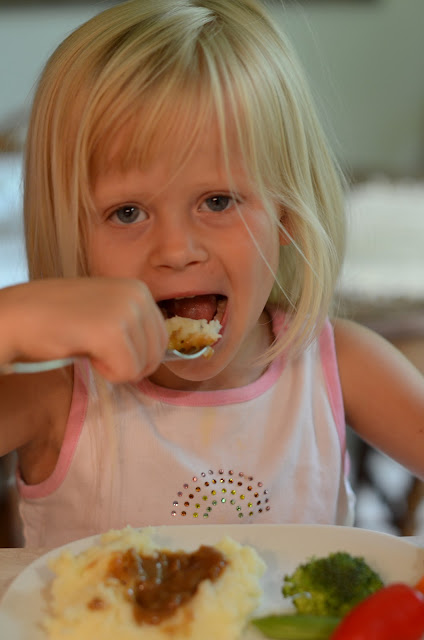 Kid (and everyone else!!) approved!!! 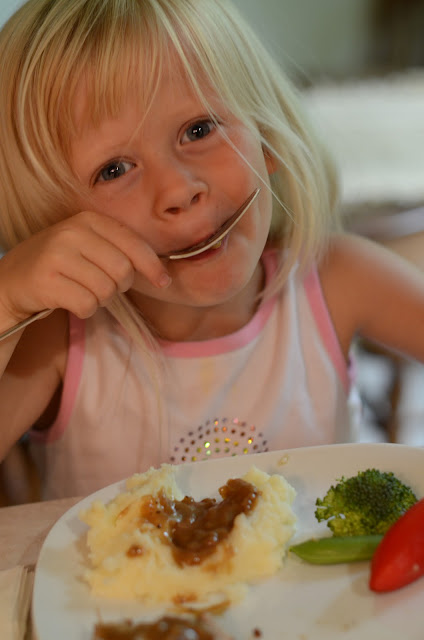 
Toss onions into drippings and cook until soft, sprinkle flour over drippings and onions to make a roux. When all drippings are mixed well with flour (it will be VERY clumpy), then slowly add water, whisking until smooth and combined. Add boullion granules and taste. Add more salt if needed or more bouillon. Add just a bit of Kitchen Bouquet, if desired, for color.


Potatoes: (following ingredients are based on using 5lbs of potatoes.
1-1 1/2 medium red potatoes per person (or more if your peeps are potato fiends like mine)
2 T salt in water for boiling potatoes in
1/2-3/4 stick softened, salted butter
1 T sugar
1-2 c warm milk


Peel and cut potatoes into 2 inch sized pieces. Add to salted water and boil for 20 minutes, or until just fork tender. Drain potatoes well, add to bowl for mashing. Mash a bit, then add butter and sugar. Mash until most lumps are out, then gradually add WARM milk, mashing after each addition, until potatoes are soft and fluffy! Give 'em one last whip with a wooden spoon and serve with gravy and roast!