December 27, 2010
You know, prior to Christmas, while I was in the midst of my baking hoopla, I had grand dreams of putting on my very best food blogger hat and showing you all of my creations.
But then, I added 1 1/2 cups of butter to a recipe, instead of the 1/2 cup that it called for, and suddenly it dawned on me what a complete and utter idiot I was and who the heck would want my recipes anyway?!!
(And, yeah...so, I was baking on the 23rd. Who wants Christmas baking recipes on the 23rd?!)
Anywhoodles...I don't know why I told you that.
What I really wanted to tell you, was about all the fun we had on Christmas Day! I was able to be "cut" for my shift at work (yippee!!!) which meant I got to spend the entire day with my family! (And, which also means I'll have almost 2 WEEKS off of work! Ahhhh...the joys of working part time!)
We started the day with Santa gifts...apparently the kids were awake for a good hour before we heard them...and that tells me that since there was no crack of dawn shrieking "MOM!!! DAD!! LOOK WHAT SANTA BROUGHT!!!", that perhaps Santa missed the mark this year. Oops.
In the afternoon, Mr. Wonderful's family descended upon our house...I love hosting. It makes me feel like my home is doing it's job...welcoming. His family is what you'd call...large! He is one of 10 children, most of whom are married and most of whom have children...so to say Christmas gets a little crazy, is an understatement!
The decibels!!! Oh my word. I even had to escape for a bit...and that's saying a lot!
There was some impromptu karaoke: 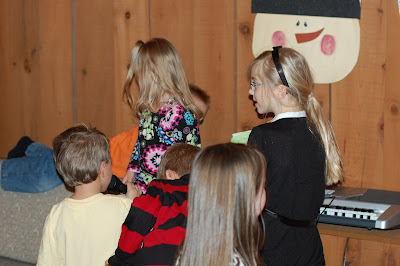 The Christmas Day tradition that his side has carried down throughout the years, is the "Christmas Story" pageant. It's so cute seeing the kids get excited about who gets to be who this year!
Mary and Joseph: 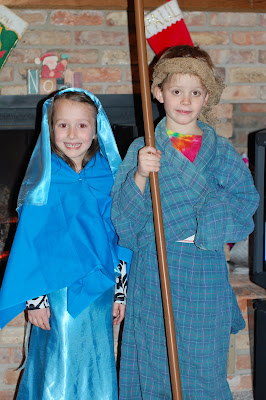 The Angel Gabriel (or, should it be "Gabrielle"?!) 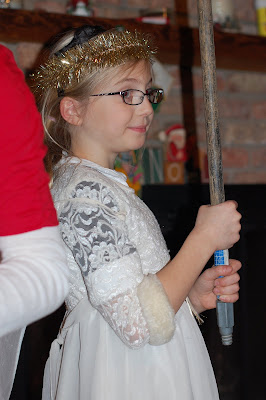 A wee little angel who kept asking, "Where's my wings?" 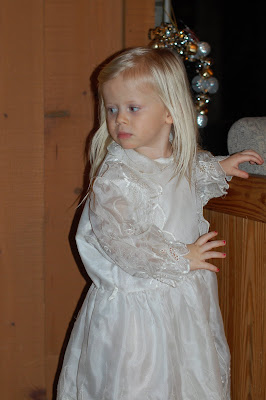 And, the Grande Finale..."Silent Night", in which everyone joins in! 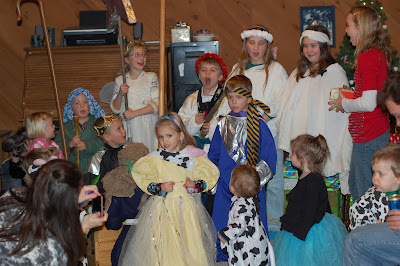 Then, it was time to tear open gifts, after which, the adults play a gift game...fun stuff!!
Sunday afternoon, we took the kids sledding with the Mr.'s brother and sister and their families...Baby Girl was not impressed by being awoken from her nap to go play in the frigid weather: 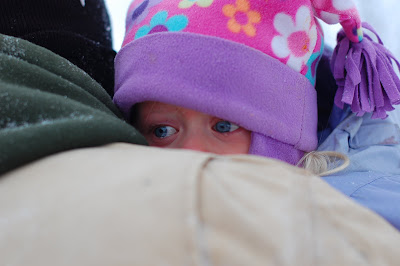 There were quadruple decker rides (aka the "NutCracker", dubbed so by the unfortunate bottom rider, if you know what I mean!) ;)... 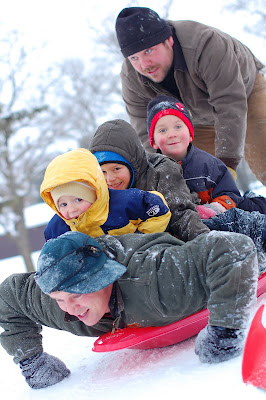 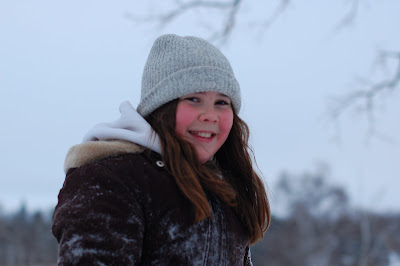 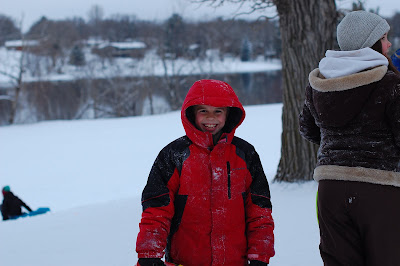 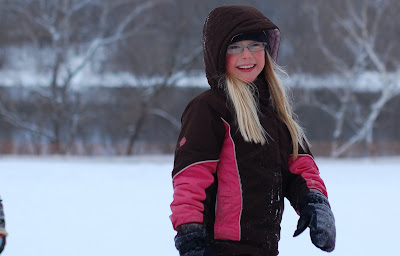 And, my goofy BIL and SIL...they're totally awesome! 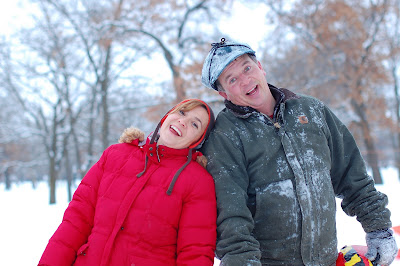 We had tons of fun! And, by "we" I mean, "they"...as I finally gave up on forcing fun upon Baby Girl and took her back to the van. Where we commandeered daddy's Droid and downloaded a bunch of fun games for her to play!
And now...back to reality.
:(
See ya next year, Christmas!