January 25, 2012
I thought I'd mix things up a bit and talk about a country OTHER THAN Mexico for once. ;)
Oooooh, aren't you so excited?! So, instead of telling you about my Epic Mexican Meltdown, imma fill you in on our new "family".
Once upon a time, my husband was a young little whipper snapper. Full of adventure and grand ideas. Midway through his college career, he took himself half way around the world to work on a farm in Australia.
Now, I had certainly known about this Australian stint...dreamed about it, really, and the accent he surely must've had when he returned from 6 months Down Under. *swoon* However, it was just sort of a "story" to me...a "pre-me" thing that sounded like a lot of fun but not really "real" to me.
Over the years, he lost touch with his host family. He'd take out his photo albums every so often and tell stories to the kids (he's quite the story teller, that one) about his adventures and they'd ask all sorts of questions that he was happy to answer.
Then one day a few weeks ago, he got an email. An email from his host family telling him that they were not only going to be visiting the states but that they were going to be staying a mere 3ish hours from us. 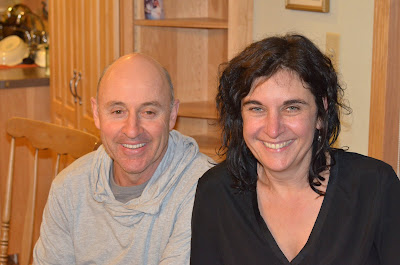 After a bit of "oh no! What about Mexico?!" we nailed down a very loose, not at all solid plan and went to my brother's wedding, knowing we'd be seeing them at some point after we returned. 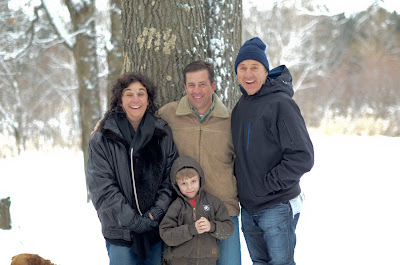 Well...the Saturday after we got back, we hosted THEM at OUR house for two nights! I'd totally be lying if I told you I wasn't a bit nervous. I was. To be hosting virtual strangers in my house for two nights? Yikes.
But, the minute they arrived, the reconnecting (or, in my case, CONNECTING) began. Jill and Paul are two of the nicest, warmest, most easy going people I've ever met! 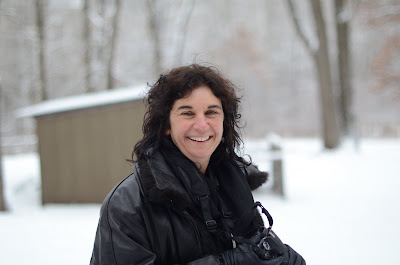 We chatted over supper...looked at old photos, showed the kids where they lived on our atlas, chided my husband about his "dumbphone" (aka a Droid), and friended one another on Facebook. 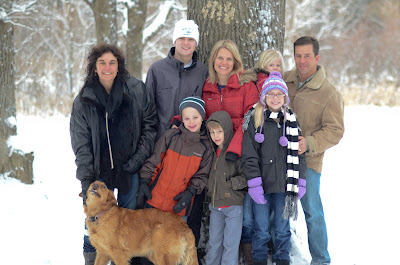 Our kids (okay, and me too) were totally enchanted by their accent! I dug out some M&M's (apparently other countries don't get our fun flavors?!) for Jill's sweet tooth, introduced them to Mike's Lemonade ("lollywater"!!) and waffles, and provided them with (what they claim) was their best night's sleep! 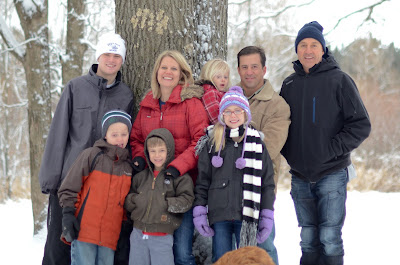 We even pulled through and delivered a nice little snowfall for them...since they don't get this kind of weather in Australia...I know, aren't we the best hosts ever? 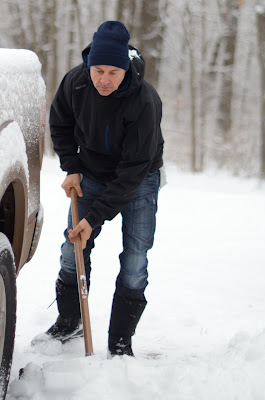 What? You mean you don't make your visitors from the other side of the globe shovel your snow? (Kidding...Paul asked if he could, "have a go at it" when Dubya was shoveling!) 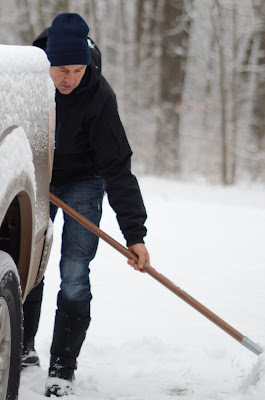 I miss them already. I wish we could've had more time with them...two days just wasn't enough! My hubby has already suggested we open a bank account to start saving to take the family to see them in Oz! Gulp...if I freak out on a 4 hour flight to Mexico...what will I do on a 14 hour Transatlantic flight?!