August 02, 2011
As y'all know, we (and by "we", I mean absolutely, positively, in no uncertain terms, "everyone in our house but me") raised a calf that had been abandoned by her mother when better things came along (i.e her twin sister).
Housed in our wood shed, she was bottlefed, weaned to a bucket, fed grain by our children, and read books to every night.
Not really on that last part.
Every so often, we (again, see above reference to what I really mean by "we") let her out to run...she would gallop (gallop? Do cows gallop?) and trot and buck and run all around the yard, being led back to her pen by what I perceive has become her Nuk...the Mr.'s fingers. 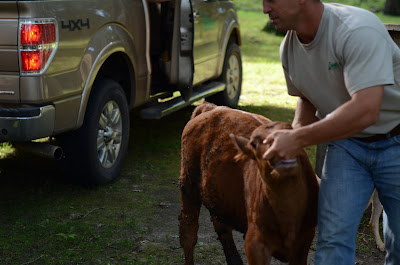 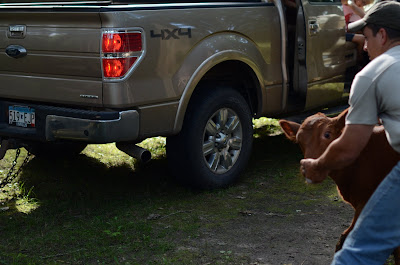 Well, when the stink of a growing calf threatens to consume your home, your life, and everything that's good and holy in the world, you'd do what I did. Demand that the calf be brought home. To the farm. Where she belongs.
Frolicking in the alfalfa fields with her family, bonding with creatures that walk on 4 legs and lift their tails to pee, and chewing her cud.
So, we (a real "we" this time, me included) embarked on "Operation: Get Calfie Home". The Mr. built a device in which to transport Calfie (pallets on a trailer, anyone?)... 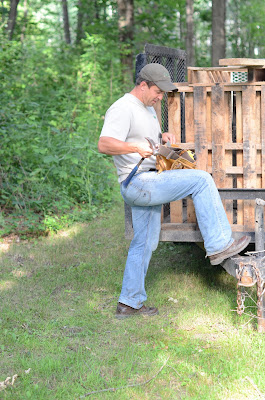 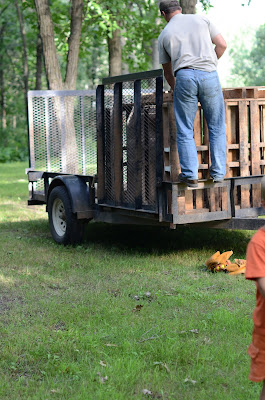 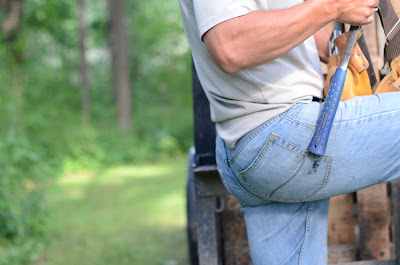 (Whoops! Whoa. How'd that one get in there?!)
And with a bit of gentle coaxing and a couple of failed attempts, she was locked and loaded. 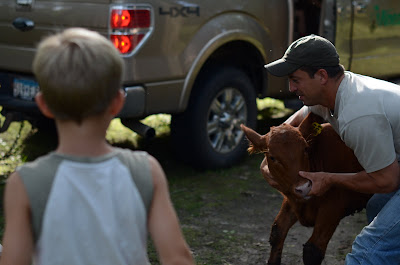 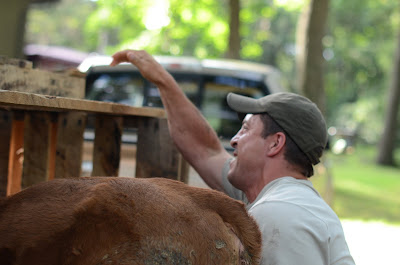 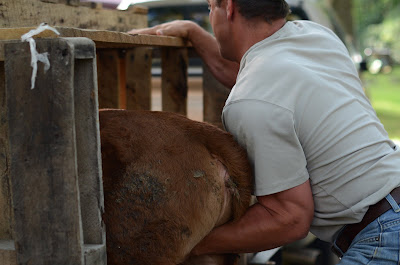 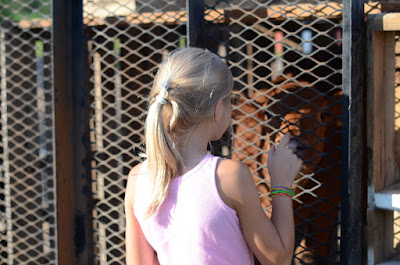 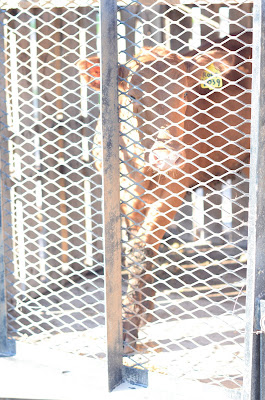 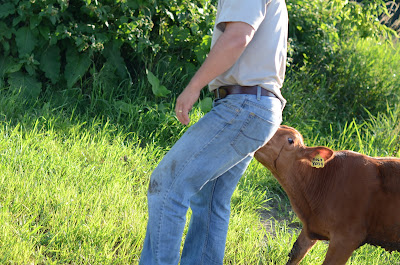 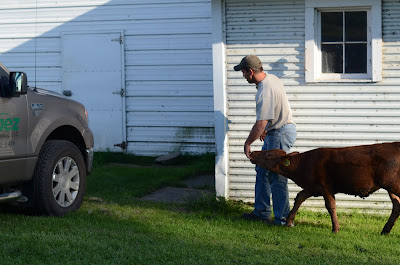 I demanded ("Poor little munchkin, just wants to be with her family...grazing in that field of green.") that Calfie be let out to pasture...no time to learn how to be a real calf like the present.
MISTAKE. (I know, I know. Write it down in history books. I was wrong. For, like, the first time ever.)
See, our calf has never heard of (nor seen) electric fences. :( Also, animals aren't necessarily the open and welcoming creatures that we humans are. :( :( (That's a "double sad face".)
After a few shocks (she was running rampant), a bolt clear across the pasture and some ominous sounding "moos" from the existing members of "Southeast Pasture #2", we realized that the Mr. was right. She should've been transitioned in the other pen. 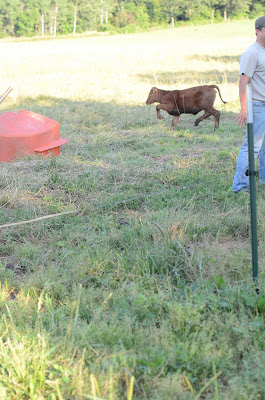 *Enter me crying for the poor sweet baby out in the field* Okay, not really. But I felt bad. 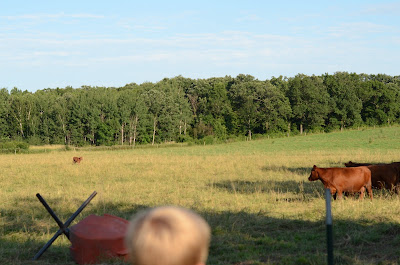 They were finally able to corral her, the magic fingers not even doing the trick as all trust in humans and their FREAKY SNAPPING FENCES had been lost, and get her into the pen that was originally intended for her. 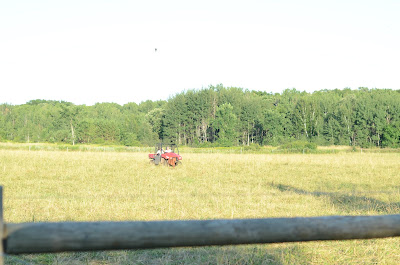 Word on the street is that "he who brings her food" (Mr., Belle, the in-laws) have regained her trust.
Until it's time to meet those sketchy, untrustworthy fences again.