Why I shouldn't be let out of the house...

April 19, 2010
Just wanted to let you all know, that I FINALLY got rid of Intense Debate! I'm back to the old Blogger system, for now...but, I hope this is better for you all!! (Grrrrr...still having issues...seems if you come in on a link, there is no commenting option...click the HOME button to reload the page for now, that seems to work. Sorry...)

I don't get out much.
And, after our recent "dinner date", I think I've caught on to why that is. I'm quite certain my husband is afraid of my "public" self.
First, there was the whole, "How did you know that????" comment that I'll never live down...(read my post about 80,000 kernels of corn to find the story behind that comment)...then, Saturday night, same group of people...same makin' a fool of myself.
We were late...as per the "Mr. and Mrs. Wonderful" standard...which resulted in the entire party having to rearrange their seats so the Mr. and I could sit together.
On one side of me, was the couple that included the man who flabbergasted me with his counting skillz knowledge of corn kernels, next to me was my Mr., and on the other side of him, a nice older man I've never met before.
This nice older man was about as central Minnesotan as you can get. (I mean absolutely NO disrespect to him...none, he was adorable and cute and missing many teeth.) I heard him talking with my husband...snippets of his conversation that went like this: "...ya, he was at da boot" and "...fer sure, d'ere was lotsa boots d'ere" 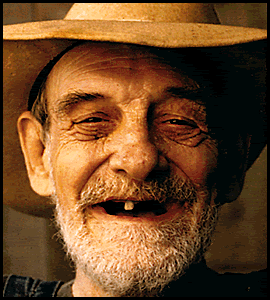 (Identities changed to protect the innocent...or something...)
And I kept thinking to myself, "Why the heck would anyone be at a boot? And where were there "lotsa boots"? Did I miss a shoe sale or something?"
Ahem.
Yes...I was missing the "boot" boat. It was actually "booTHs" that they were talking about. At some farm/Ag show. Booth, said with a "t'ick" MinneSOOOOtan accent often comes out as "boot".
Then, another nice older man, with a very quiet voice, was speaking at the faaaarrrrr end of the table (in the other room of the restaurant was a loud, noisy bunch of people that may or may not have included my parents) and I was having difficulty hearing what he was saying.
So, you know, rather than trying to pay attention...I was off in left field.
I began to draw on Mr.'s leg...I-M B-O-R-E-D...and as I was tracing letters on his leg and getting closer to inner thigh area, he said something cute and flirty like "I hope it's a long word..." which caused me to start giggling.
And...giggling.
And trying to stop giggling...which made me giggle more.
Then, the lady across the table looked at me (she was close to the nice old man with the quiet voice who is apparently notorious for talking for a reaaaalllllly long time...) with a look like "Oh, man...here we go"...and I giggled more.
And then the lady next to me looked at me.
And, I handled it like the mature woman that I am.
I giggled.
Lord, am I glad I was able to contain the snorts!!
Then, I pulled it together and excused myself from the table...and went to chat with my parents and their party, 'cuz I know they'd sympathize!
We left shortly after that...and went to hang with some of my work buddies...where it was perfectly acceptable to giggle about anything.
And everything.
It's like that with good friends.