How we mark our territory...

April 20, 2010
I come from a family of a bunch of weirdos.
I include myself, as one of those "weirdos".
We do weird things like eat peanut butter and pickles (yes, together), play no holds barred games of football (for prizes like framed photos of G-Dub), and lick things (to mark our territory).
No lie.
We lick. 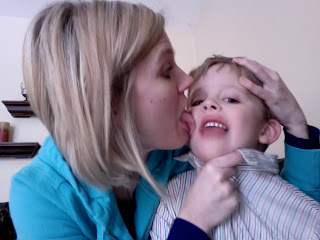 It's how I claimed the Mr. as mine. Went right up to him, in that smoky bar, and licked him right across the face.
Okay, that's a lie.
He licked me first.
It's how we roll around here.
Want a cupcake? You lick it.
Have your eye on that last Starburst? Lick it.
We don't do any of that "Jack, jack, seat back" crap around here. Nope...when we get up from a coveted spot, we just lick it before we leave.
Dogs may pee to mark their territory, but we lick.
You should see us shop for cars.
But anyway...leaving my parents house the other night, Hambone (formerly known as "Little A.") nabbed a pop (aka "soda", to those of you that don't know any better...) from the garage. I told him to put it back and to get in the van.
As we're driving home, The Pal (formerly known as "Big A.") says, "Hey, Hambone, did you take this from Grandma's?"...holding up the same pop that I had just told him to put back.
And, my Hambone pipes up, "Yeah! I already licked on it!" 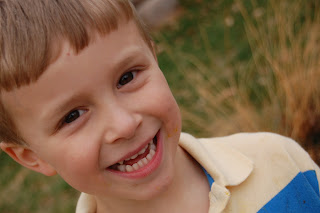 What could I say to that?!
At least I taught him well.