December 12, 2011
So, as you know, we now have a new (read: evil) dog. When we left off on Part 1 of this saga I had just turned to see a running Nikki coming straight at me...
Carrying on...
And, I trusted her. I mean, why wouldn't I when my other experience (i.e. Dora) is so trusting?
And then...then...THEN, as my baby looked on from the window, the vile little cotton headed ninnymuggins that is our new puppy clipped my legs, flipped me into the air and somehow I ended up facing the total opposite way that I had been standing. Only, I was laying in the ground.
With a sore hip. And hand. And elbow. Oh, yeah...and my neck too. #evil
Next up, the day she ran away. I let them out to pee...only this time I was smarter. OHHHHH, was I smarter. 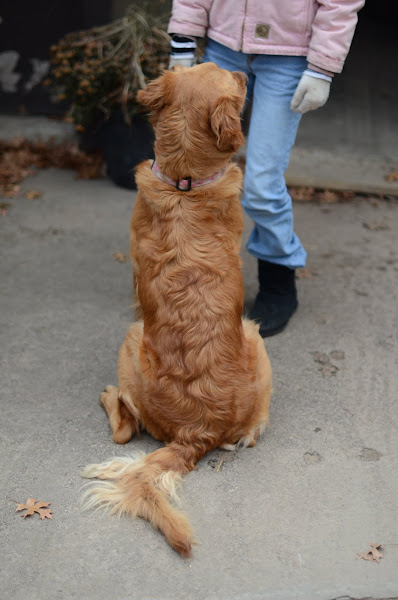 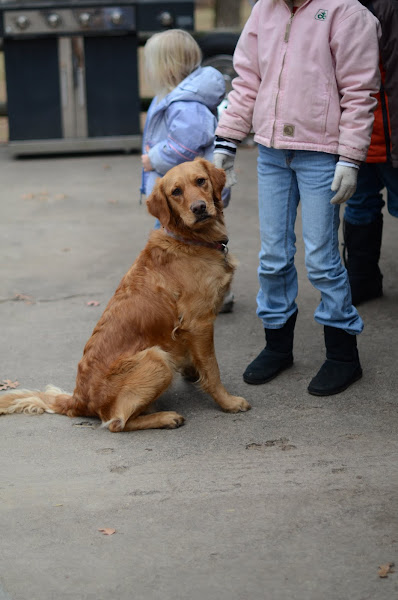 Thinking I'm there to play. WRONG.
I load her into the back of the van. Drive home and curse the day we ever brought her home.
And then there was...oh, you thought that was it? Nope. Read on...
Then there was the day I drove into the garage and spied a vest lying on my garage floor. (No, she didn't eat someone.) I thought that was strange, so I got out to investigate and discovered that it was not a familiar vest and why was it chewed up and what is all this plastic laying on the floor and tags? And...and...AND?!!!!
And why are the Christmas gifts I had ordered from Eddie Bauer strewn ALL OVER THE FLOOR OF THE GARAGE?!
And, *gasp* NIKKKKKKKKKKIIIIIIIIIIIIIIIIIIIIIII!!!!!!!! Why are you sleeping with a brand new shirt?!
That has...that has...HOLES! Chewed up, dog slimed HOLES all over it?!?!?!?!?!?!?!?!?!?!?!?
I have since purchased a rubbermaid tote and crafted a little letter to our UPS guy. It reads something like this:

"Dear UPS: We are now the owners of the spawn of Satan disguised as a beautiful Golden Retriever who likes to eat the packages that you deliver. Please place any items in the tote..."

Dang dog.
But Eddie Bauer? They were fab. Sent me new stuff right away, turns out the vest, the beautiful, down filled, rose colored vest, was sent in error. Oops.
Dang dog.
But...through it all...she's kind of growing on me. As long as she stays a respectable distance away, as long as she doesn't eat anything else, as long as she quits running off...maybe she can stay.
And, maybe I won't name her Satan afterall. How 'bout "Lucy"? Short for "Lucifer". ;)
Kidding! Sorta.