July 13, 2011
Last weekend, one of the Belle's best friends celebrated her Golden Birthday...to help her celebrate, we had a mother/daughter night out!
For us small town country gals, a night in the big city is a big deal! 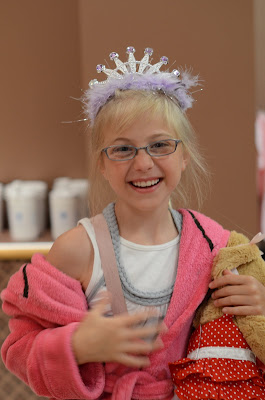 First on the agenda was a "Mommy and Me" pedi at "Scooops". Ever heard of "Scooops"? I hadn't either, until last winter when I happened across it at the *MOA and declared it to be the cutest thing I've ever seen.
*Mall of America
Turns out, that "Scooops" is part of a lodging chain located in Wisconsin Dells, but the MOA location is their first free standing location! Just a bit of local trivia for you... 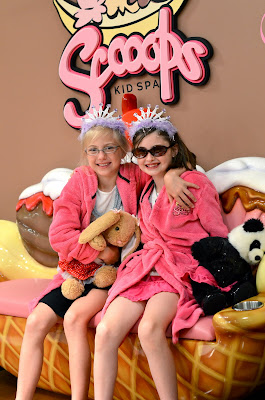 Anyway, we had a blast...the girls donned fuzzy pink robes and we all sported tiaras while we got our pedis. It was heaven for our girls! 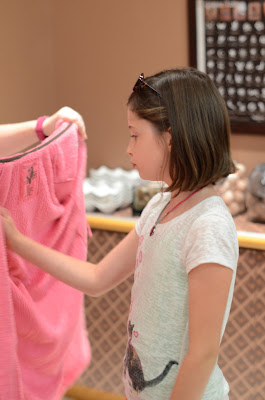 From there, we headed over (with a barefoot, Crocs holding, Belle) to nab some flippie floppies for my girl who had come unprepared for how to shod ones feet post-pedi. She scored some sweet "squishy" flip flops!
And then...AND THEN?!?! It was the American Girl store...where an attempt was made (I'm not mentioning any names *coughBellecough*) to coerce me into buying an American Girl doll because her friend "talked her mom into flip flops" (when that wasn't in the plan) and was getting an American Girl doll. 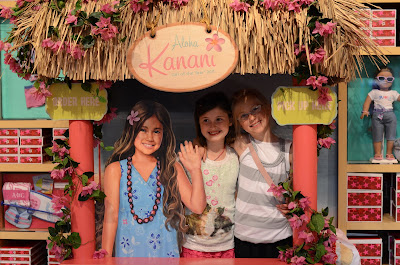 A little girl version of "tit for tat", or something. 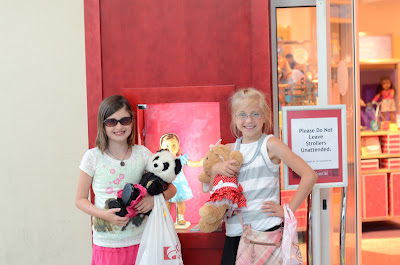 Her coercing didn't work.
Our tummies were rumbling and growling and I was chewing on my right arm (I was so hungry) whilst the Birthday Girl decided upon her American Girl that she was going to get for her birthday...we decided upon a feast at the "Rainforest Cafe". (Here's some more useless info for ya...the MOA location of the Rainforest Cafe was their first location, built 18 years ago! Cool, huh? Okay, nevermind...) 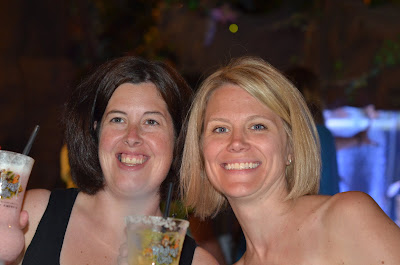 Never been before...but it was impressive! The service was outstanding and the food was pretty dang tasty, too! (And, don't worry...I actually was wearing clothes. Trust me on this one.)
After a (rather strong) margarita, I was party pooping out, and we went to our night's lodging...woke up bright and early (and by "woke up" I mean I became slightly more awake than I had been all. night. long.), the girls swam, and I lobbied for some Sonic. 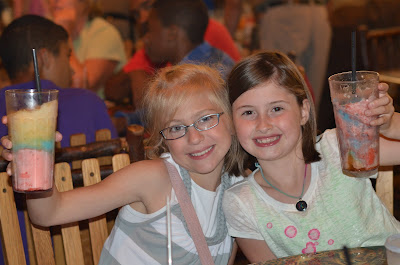 Yum.
Then, I went and helped my brother move into his new house and sweated out and worked off any and all calories I had consumed in the previous 24 hours. (This is my mom, everyone say, "Hi mom!") 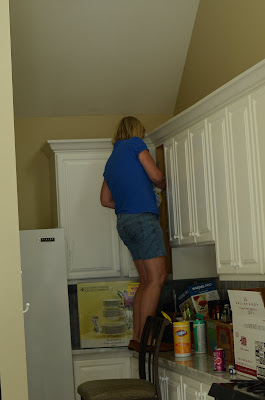 *Yawn*
I'm tired just reliving all of that in words!
But, I'd do it again in a second.
Minus the moving part. Moving stinks. Literally. Ever smell someone's armpits after moving all dang day? It ain't pretty.
Oh, but speaking of smells...the quote of the weekend came from the birthday girl, who's "Nana's" house we stayed at for our night away...she said, "My Nana smells so good. She smells like...flowers and love."
Flowers and love.
It don't get better'n that.