Talk at the Supper Table.

April 12, 2011
Warning: This may not be as funny to you as it was to us. A peek at my husband's sense of humor...I love that man!
Last night at supper, we were having a discussion. It started out by the Pal ratting me out about a comment I made (in jest) about my dear sweet husband. I had told the Pal, while we were driving home from baseball practice, that he needs to teach his brother's to play baseball, 'cuz how else are they going to learn?!
What I meant was, their very well meaning father is not exactly athletically inclined. Yeah, sure, so he's ran marathons and done triathlons and can do one armed push-ups and is in better shape than I can ever dream to be, but he's just not a "pick up a bat and ball and show everyone how it's done" kind of a guy. 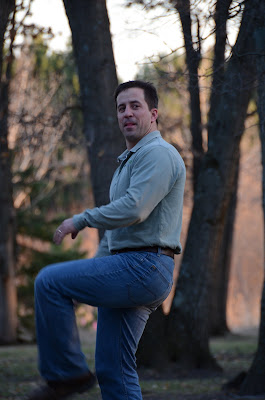 I, however, also suck very much so in the athletic area am blessed with a long line of athletic genes...they just don't seem to manifest themselves in me.
So, our conversation went something like this:
The Pal: "Yeah, Mr. W, mom said that I needed to teach the boys to play ball, 'cuz you can't!" 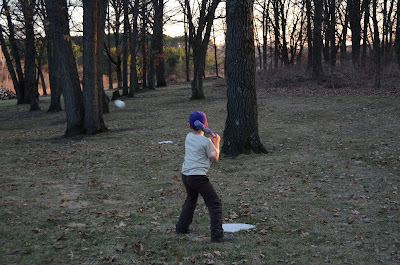 The Mr., feeling hurt, said, "Whaddya mean?!"
I, feeling the need to make sure he knew I was only joking when I said the earlier comment, said, "Well, hon, our boys aren't exactly blessed with a whole of athleticism from us."
To which the Mr. responded, "Well...maybe you're a carrier!!"
*Insert belly laughs, guffaws, and chortles here* Get it? A carrier? Bwahahahaha!! 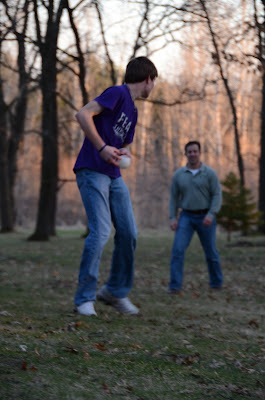 Hopefully those athletic genes are dominant, and not recessive, 'cuz if our boys need two copies of that athletic gene to exhibit traits, I'm not sure it's gonna happen! (The Mr. isn't as blessed to come from long line of athletic ability. Hard work, fast runners, bodies of steel? Yup. But not so much in the sports department...)