In the Kitchen with Gram...Super Nachos!

January 31, 2014
Boy, sure has been awhile since Gram and I have had the chance to hang out and cook! I was missing her! Gram had the idea to do her Super Nachos, in time for the big game on Sunday!

Truth be told, I couldn't give a rat's hind-end about the Super Bowl. Except, I think it's kinda cool that a kid I've watched play high school football is one of the stars! None other than Eric Decker himself (and my, oh my, has he turned out to be a fine young man). ;) My little bro played football against Eric...he wasn't a defensive player (he also was a receiver), but they'd put him in to cover Decker 'cuz he was the only one that could possibly keep up to him!

And now Eric is a big ol' football star with a pretty little country singer wife and a reality show. Crazy what life can bring for a small town Minnesota boy!

I digress...back to the NACHOS!! Yum. 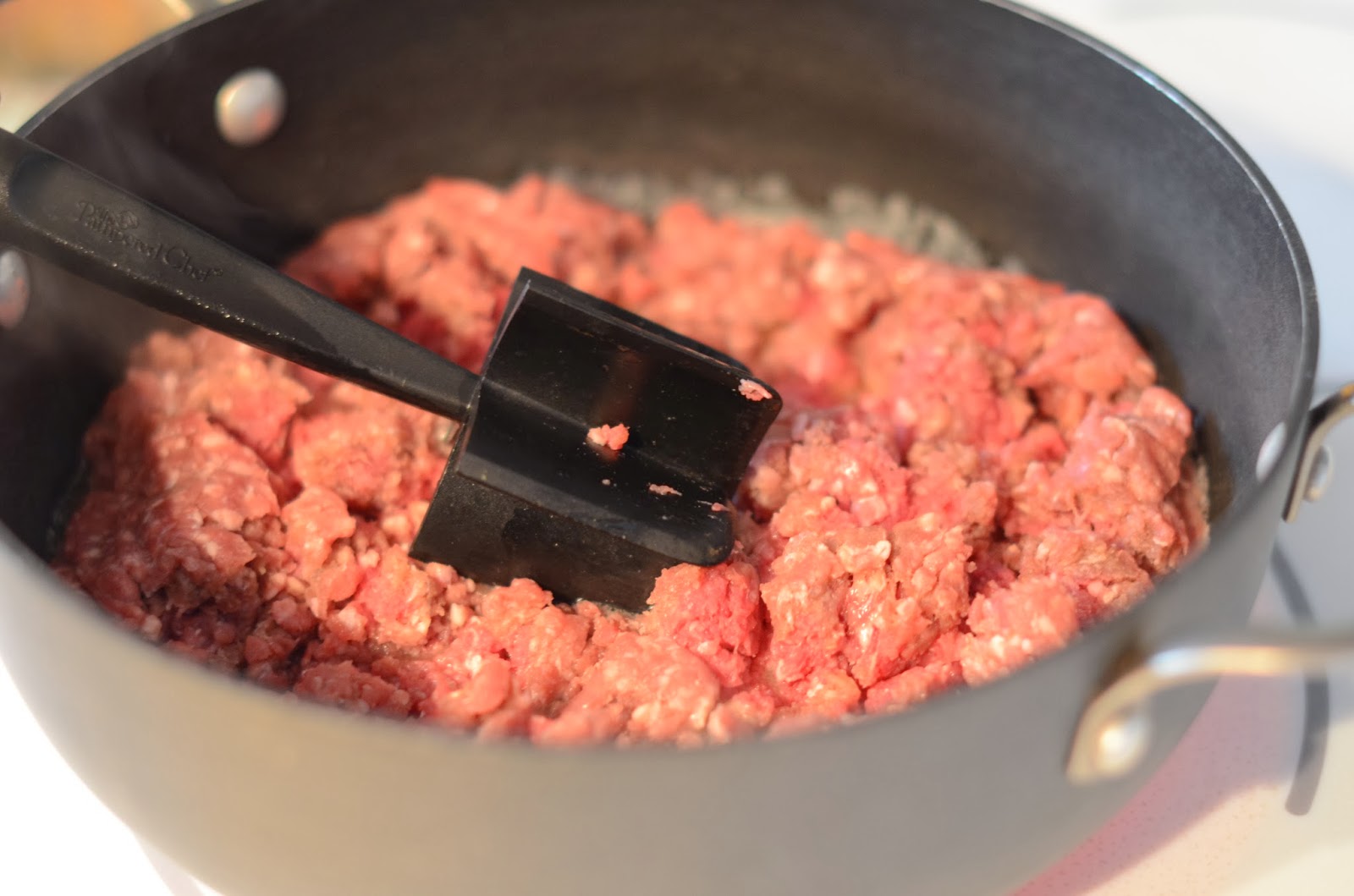 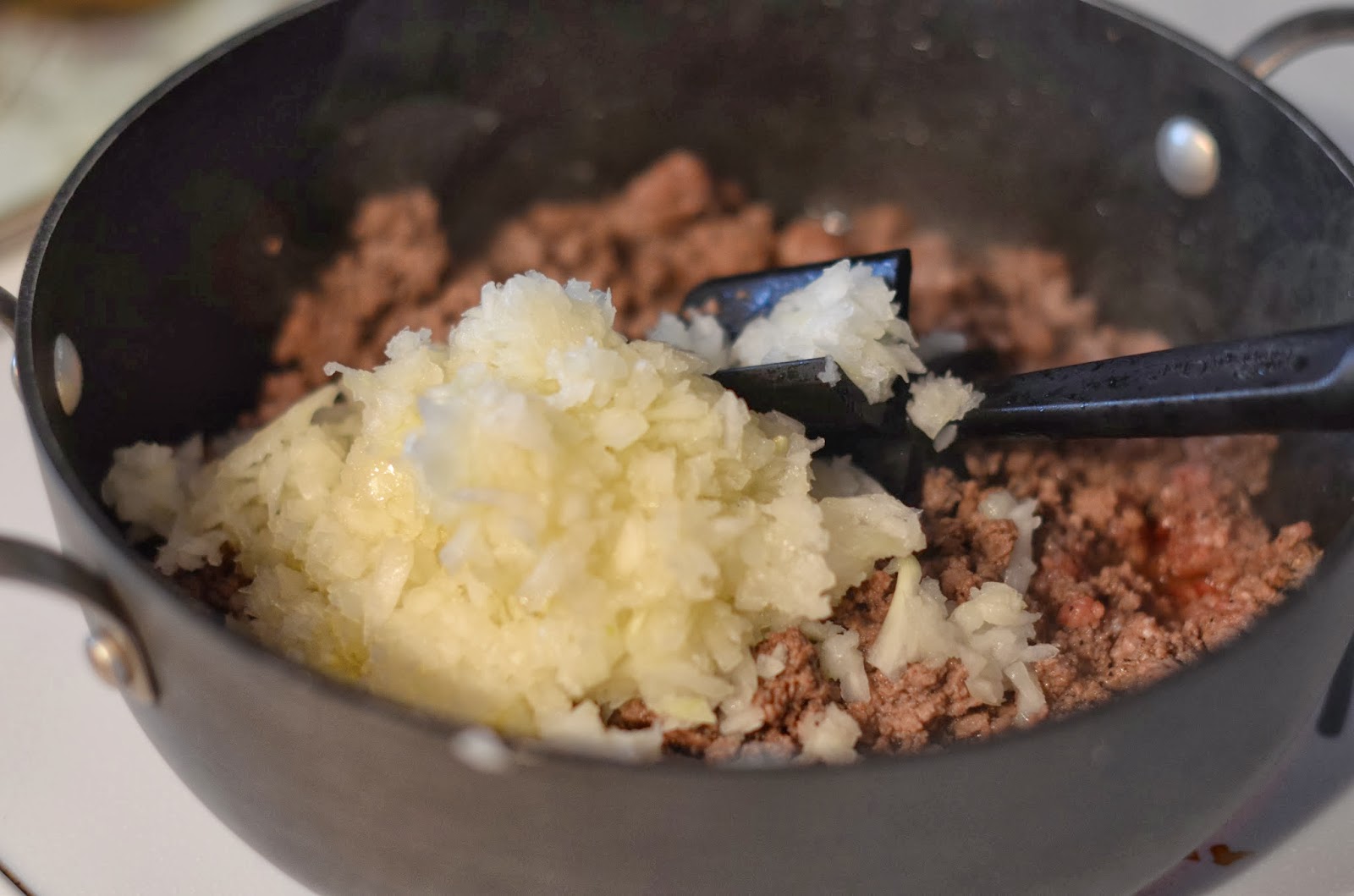 And as many "shakes" of Tabasco as you can handle! While your beef mixture is simmering away (after the Tabasco, it's pretty much done), spread some refried beans in the bottom of a shallow, oven-safe dish. 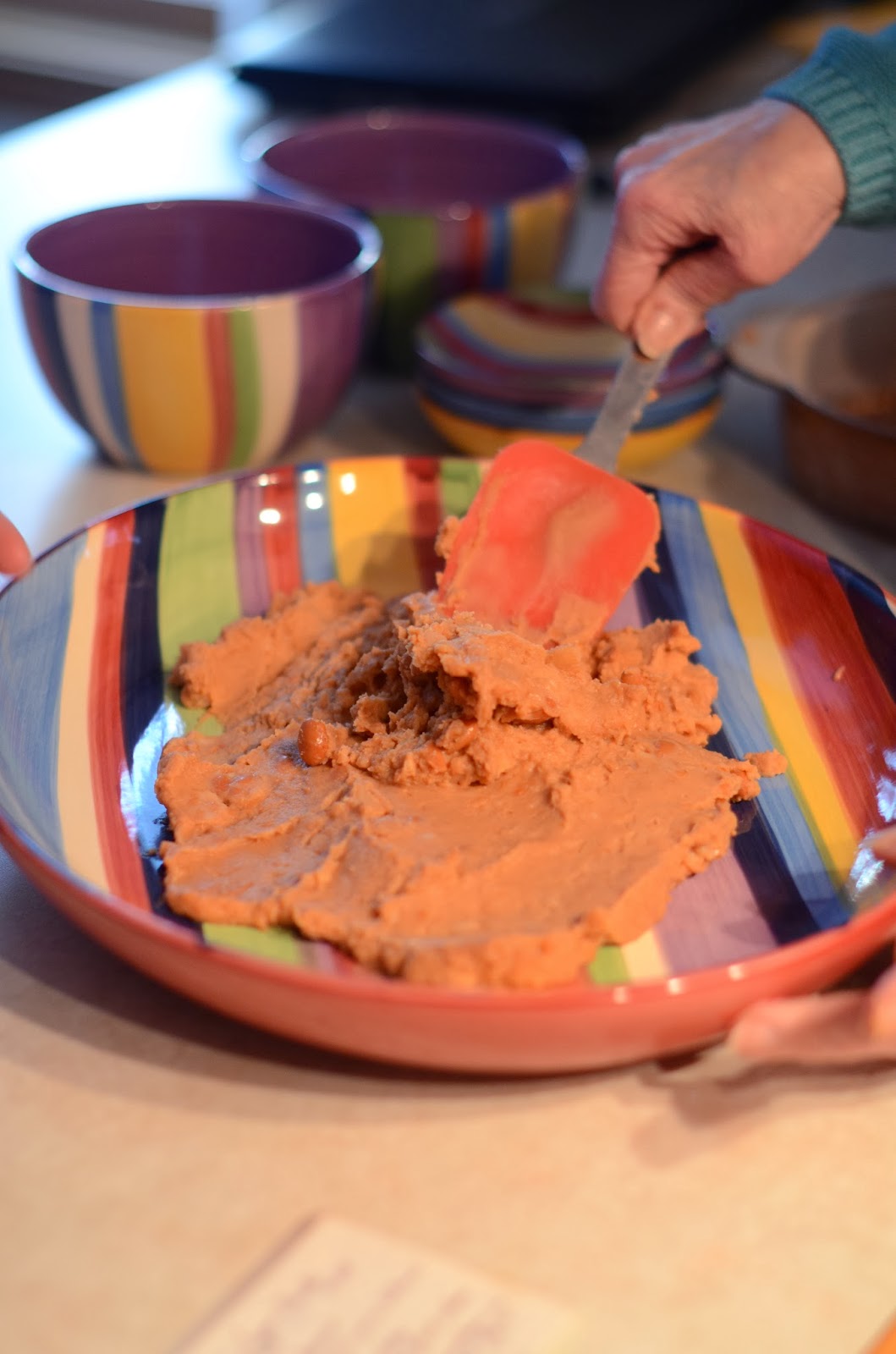 Then add the beef on top of that: 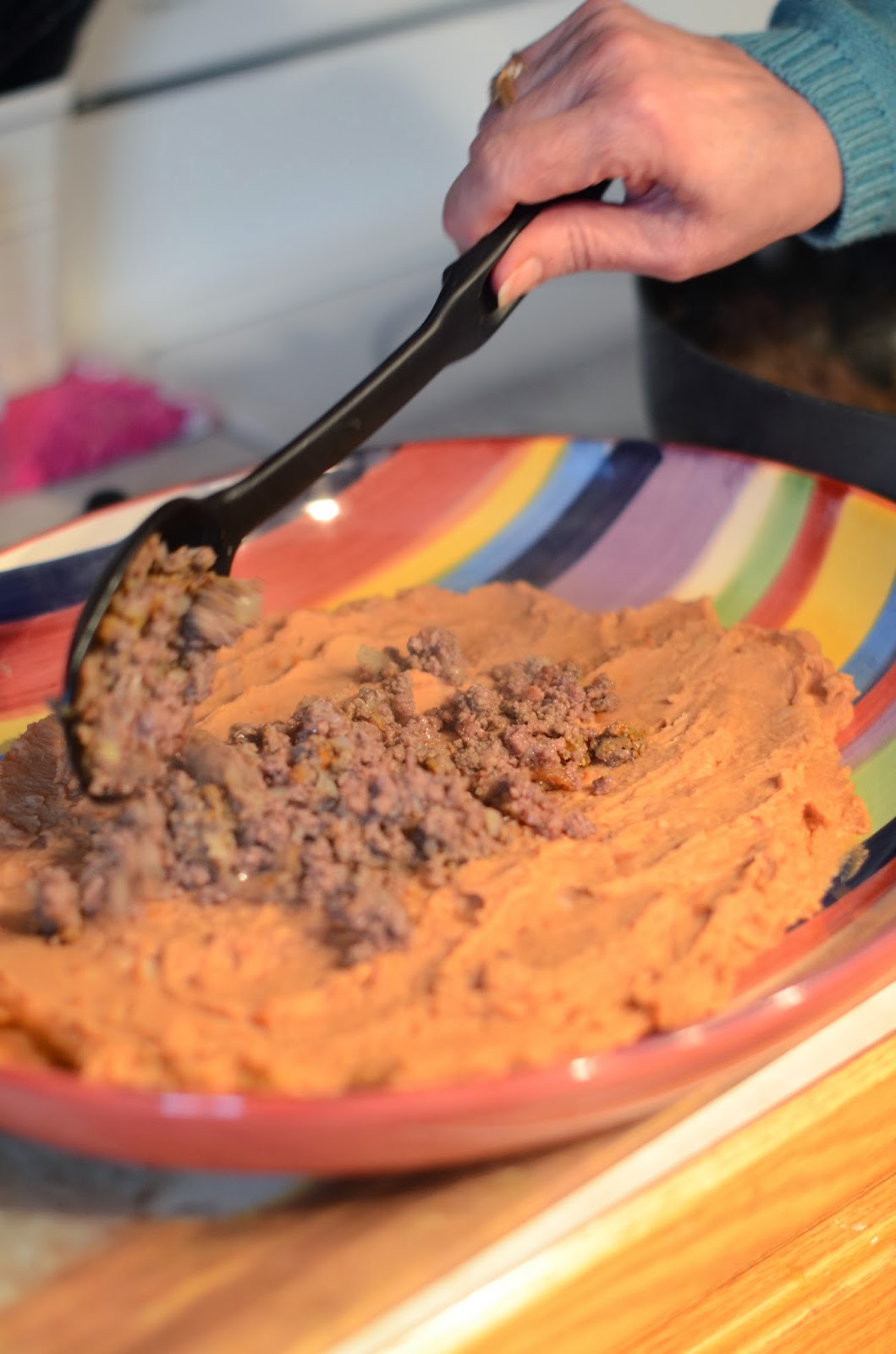 Sprinkle on some green chilies and then pop it in the oven. Now, here's where we "lived and learned"...we put the cheese on with about 10 minutes to spare and it didn't take it long, once it was out of the oven, for the cheese to get all tough and gloppy. Gram remembered this "problem" from when she made these before, but it's been awhile, so she forgot until she saw the tough, gloppy cheese again. Next time we'd put the cheese on just out of the oven (sauce on top of chilies, then cheese), and let the heat of the dish melt the cheese. And top it off with taco sauce. (See above for the "live and learn" version!) Serve with your favorite condiments (aside: you could leave the cheese off entirely and just serve it as a condiment)... And enjoy! Makes a big batch...perfect for your Super Bowl crowd! Spread beans in bottom of shallow, oven-safe dish. Spread beef on top of beans and sprinkle chilies on beef. Bake for 20 minutes at 375, remove from oven, spread taco sauce on top and return to oven for 10 minutes. Immediately upon removing from oven, sprinkle cheese on top of beef mixture. Serve with above condiments and tortilla chips.

AND THE CROWD GOES WILD!!!